Discussing one of the most pressing issues of our time, five leading women in the field of economics gathered Jan. 16 at IE’s Aula Magna to share their thoughts and experiences with gender inequality in the event “Women and Economic Leadership,” organized by the IE School of Global and Public Affairs in collaboration with the Secretaría General Iberoamericana. The panel, which addressed topics ranging from policies and career prospects to motherhood and reproductive rights, reinforced the need to keep the gender discussion alive to push for change.

The evening kicked off with Dean Manuel Muñiz highlighting the importance of gender equality in a moment where the rise of populism is bringing back an attack on women’s and minority rights, as seen in the United States, Spain’s region of Andalucía and Brazil, to name a few. “If this discussion was urgent a few years ago, now it is imperative,” Muñiz said. Panel mediator Borja Santos Porras, IE School of Global and Public Affairs Executive Director, asked the speakers to introduce themselves and make initial remarks about the issue of gender equality.

Helen Clark, former prime minister of New Zealand, focused on the numbers that illustrate this inequality. She said that bringing about gender equality is not just the right thing to do, it is also the smart thing to do, as societies that do not practice it come short in economics. “We are talking about US$ 28 trillion, the combined amount of the U.S. and Chinese economies — that’s how much is being lost every year because we do not have gender equality,” Clark said. She added that it is easier to explain the loss and impact of gender inequality in economic terms as men often relate to those more. The World Bank annual Women in Business report, Clark said, reported that in 2016 there were 155 countries with at least one prohibitory law against women, and 104 with restrictions on the type of work women could do.

An estimated 1.4 billion women around the world still face economic violence, in which their access to economic means is controlled, and therefore they are unable to leave abusive situations, Clark said, adding that it is time for a fresh globalization round around these issues. “Every year gender equality is measured in four dimensions and last year we have seen a regressive trend in all four. This year, we were regressive in three,” Clark said. She added that having women participate in the economy is not only good for women themselves, but also for countries and or businesses. The road to progress is very slow, and the forecast of reaching parity between genders is estimated to take 107 years, Clark said, especially with the lack of women in decision-making positions. Regarding the rollback of authoritarianism, she added that the rights that women enjoy in our societies are very recently won, and there are pushbacks. “Never take these gains for granted,” she said. “Many countries have come a long way, but these are fragile rights.”

Keep on reading on the School Global Public Affairs web. 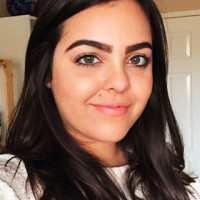 Giovanna Z. Rinaldo is a journalist and a Master’s of International Relations student at IE University. She can be found on Twitter @giozrinaldo and on LinkedIn.

We’re not “women in science” – we’re scientistsDream.Discover.Disrupt: Isabella of Castile – a queen ahead of her time