Women Entrepreneurs: Challenges for everyone to Tackle

Having more women entrepreneurs would be good for the economy. In the USA, the 2012 US Census Bureau’s Survey indicated that women were the owners of 36% of businesses in the country, which marks a 30% rise in entrepreneurship by women from the 2007 Census data. However, the American economy during that time did not see the corresponding improvement that it would have had to have experienced if any type of entrepreneurship were positive for the economy. In part, this dichotomy can be attributed on the one hand to the growth of solo-entrepreneurs, i.e. entrepreneurs who work independently and do not hire employees; and on the other hand, to the lack of growth-oriented business models.

In its report, The Dynamics of Employment Growth: New Evidence from 18 Countries (2014), the OECD affirms that SMEs that are no more than five years old represent 17% of employment, but contribute more than twice as much to job creation (42% of the total). In this regard, the disparity between female entrepreneurship and economic growth is not explained. Nevertheless, if we look in particular at startups that operate in hyper-growth markets and at Venture Capital firms that facilitate their growth and scalability, we see that VC investment provided to early stage startups is overwhelmingly given to male-led startups. It is here where one of the obstacles faced by women becomes evident: access to financing.

According to a study published by the magazine Inc. at the beginning of November, VCs and angel investors invested more than 9.45 billion dollars in U.S. startups founded by men last year, while only 1.75 billion dollars were invested in startups founded by women. It is extremely difficult to grow or scale a business, regardless of the gender of its founder, without the necessary funds.

Seventeen percent of startups led by women and funded by VCs with solely male partners are successful in achieving exits – the metric used to measure the success of a startup – versus 27% of startups led by men, according to a study published in July by Harvard Business Review. However, this gap disappears when looking at VCs that have female investors who are in charge of evaluating and advising women-led startups. The conclusion is that startups led by women will have a lower probability of being acquired or achieving an IPO if they obtain their funding solely from VCs led by male investors.

Promoting entrepreneurship is the driving force for everything we do at IE, both within and beyond the classroom, and supporting and empowering female entrepreneurs is part of our institutional DNA. Along these lines, I encourage all industry stakeholders, regardless of their gender, to take the necessary measures to support women entrepreneurs and facilitate their access to funding. Likewise, I encourage VCs to incorporate women investors as partners to improve the possibilities of success of startups within their portfolios founded by women. And, lastly, I encourage women to create Venture Capital firms to invest in women entrepreneurs, which is an increasingly common trend in the United States with positive results, yet at the moment in my country of residence, Spain, to the best of my knowledge there are no such initiatives. A VC firm, created by and for women, would not only serve to help women entrepreneurs, but it makes good business sense in terms of the overall economy given that current women-led startups are not as successful as they could be due to a lack of funding and not necessarily due to deficiencies in their business operations or teams. 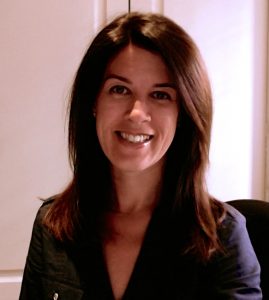 IN The Media :The mommy trackFrom MBA student to CEO