The IE Women’s Week was led with a number of events ranging from informative to interactive sessions. The week started with its fourth annual Women in Leadership Conference, with this year’s theme Leading Forward. The half-day conference brought together an unprecedented number of students, alumni, faculty, and professionals from across the globe to discuss some of the most important issues affecting women in the workplace and in their personal lives.

Pedro Polo, CEO of the leading HR consulting firm Mercer, took the stage during International Women’s Week to voice his frustration for the lack of men involved in the gender equality conversation. For Pedro, it is clear that gender inequality leads to a loss of business growth opportunities. A diverse workforce and leadership brings in perspectives that are closer to the world’s realities and further from dogmatic corporate thinking. Men, he argues, particularly in Spain, become unnecessarily paternalistic when talking about gender equality. Assumptions that gender issues lack relevance and are not a real thing are common and run deep in subconscious bias. Yet the statistics speak louder than words and opinions do. They point towards a very tangible reality that Pedro addressed throughout his speech:

In Pedro’s own experience – which has an impressive geographic span – appointing female leaders led to better results. As regional manager for an insurance company Pedro deliberately put women in charge of the Mexico, Brazil, Colombia and Argentina offices. He also made sure that 50% of the team was female. These changes led to a 30% business growth per year and a profit growth of 120% in four years. “This was the real catalyst for my career. And precisely because of this 30%, we have to track the data. If not we may as well talk about butterflies”.

Pedro’s belief of taking an evidence-based approach to diversity and inclusion is embodied in Mercer’s study (When Women Thrive) which investigates the gender equality policies of companies world-wide. Their last study analysed the data of 1,100 companies, spanning over 54 countries and representing the reality of more than 7 million employees. Although 80% of the companies were quick to boast about their gender equality policies and tracking, the study revealed that only:

For Pedro, this reality is not only unfair but highly inefficient. It is time to move the needle, it is time to mobilise men and educate them on the much too often misunderstood topic of female quotas; on the struggles women still face in the workplace; on the cultural acceptance of fatherhood; on subconscious biases; and, most important of all, on the power of statistics and tracking. 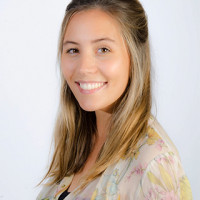 Meet & Greet with the members of the IE´s International Women´s Board. I Cycle of Conversations
October 2, 2020

Evolving Consulting: RT @IEbusiness: It’s not every day that you encounter an actual alphabet for #entrepreneurs where each letter stands for one useful recomme…

Reine Mbang Essobmadje: RT @IEbusiness: It’s not every day that you encounter an actual alphabet for #entrepreneurs where each letter stands for one useful recomme…

Geoffroy Gérard: RT @iediversity: St. Hilda, or how much we need to take a look at #History. Thank you, Prof. @SusanaTorresPr1 @IEuniversity for sharing s…

Irina Deneanu: RT @iediversity: St. Hilda, or how much we need to take a look at #History. Thank you, Prof. @SusanaTorresPr1 @IEuniversity for sharing s…