Malcorra, who has also been Chief of Staff to UN Secretary-General Ban Ki-Moon, has held positions of the highest responsibility in the private and institutional sector.

IE University has announced the appointment of Susana Malcorra as the new Dean of IE School of Global & Public Affairs. Susana Malcorra has held positions of the highest responsibility in the private sector and in the institutional sphere. Among them, she has been Minister of Foreign Affairs and Minister Counselor to the President of the Republic of Argentina, as well as Chief of staff to UN Secretary-General. Susana Malcorra replaces Manuel Muñiz, who has recently been appointed Secretary of State at the Spanish Ministry of Foreign Affairs.

Susana Malcorra trained as an electrical engineer and has 25 years of experience in the private sector in companies such as IBM and Telecom Argentina, where she became CEO. In 2004 she was appointed Deputy Executive Director of the United Nations World Food Programme. In 2008, the UN Secretary General appointed her as Deputy Secretary General with responsibility for the logistics, human resources, finance and communication of the UN Peacekeeping, overseeing an organization of more than 20,000 people and with a budget of 8 billion dollars. Four years later, in 2012, Susana Malcorra was appointed Chief of Staff to UN Secretary-General Ban Ki-Moon. Her work within the United Nations include coordinating the missions to eliminate chemicalweapons in Syria and to respond to the Ebola crisis in West Africa.

“Susana Malcorra brings a fascinating experience, an amazing network and a formidable vision to IE School of Global and Public Affairs, providing continuity and commitment to moving the school up to the next stage. We are lucky to have her on board and we wish her every success,” said Santiago Iñiguez de Onzoño, President of IE University.

“I am grateful for the opportunity to join the IE School of Global & Public Affairs team. After my experience in the private sector and at the public sphere, I take on this new challenge with the utmost commitment and enthusiasm. Over the last two years I have worked as an advisor to the School together with Manuel Muñiz and his team, which has allowed me to get to know the institution from the inside and to contribute to the design of the strategic plan of the IE School of Global & Public Affairs. My objective as Dean is to consolidate our School as an international reference, to analyze the challenges posed by social and technological transformations for the public and private sectors and to have the greatest impact on our students and graduates, to boost their careers, to strengthen the relationship with our partners and to leave a mark on society,” said Susana Malcorra, Dean of IE School of Global & Public Affairs. 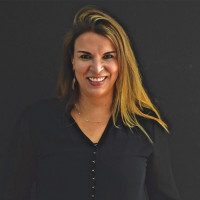 The situation of the female leadership in SpainSofia Kritikopoulos: How IE University fosters student initiatives

Taking Revival to the Streets
September 24, 2021