Recent research has shown that gendered stereotypes depicting women as more ethical than men and assuming that they will act as ‘political cleaners’ in public office may facilitate women’s political advancement in corruption environments, with gender itself then becoming a symbol. This talk presents results from two conjoint experiments, one embedded in an original nationally-representative survey in Spain, and one embedded in an original nationally-representative survey in Spain and Portugal. While the first study explores the question of how gender stereotypes shape preference for female and male candidates in corruption environments, the second examines the extent to which such stereotypes are held by the electorate when evaluating female and male politicians’ likely behavior when offered a bribe while in office. Our results show that female candidates are advantaged when participants make a choice in corruption environments, and that the honesty shortcut overrides respondents’ characteristics and beliefs about corruption. While the second experiment indicates that there is a consensus that female politicians ‘stand for’ integrity, this effect is offset by a politician’s close ties to local entrepreneurs or the length of their tenure. 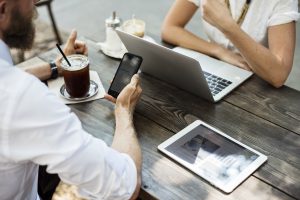 NINA WIESEHOMEIER
Nina has received her PhD in Political Sciences from the University of Konstanz (Germany). She has previously held positions as a Senior Lecturer in Politics in the Department of Political and Cultural Studies at the University of Swansea (UK), Fellow at the Social Science Institute, University of Lisbon (Portugal), and was a Visiting Fellow at the Kellogg Institute for International Studies, University of Notre Dame (USA). Nina’s research interests fall into the area of comparative politics and evolve around political parties, political institutions, women representation, ideology and issues of political representation, political preferences, and political behavior. More information can be found at www.wiesehomeier.net

The IE Politics Research Group (IEPRG) gathers faculty from across the university and the business school interested in issues of democracy, development, voting behavior, ethnic conflict, international trade and finance, and social entrepreneurship.

The seminar series provides a platform for discussing new exciting research in the areas of international relations, comparative politics, political economy, and political theory and features presentations of cutting-edge research by internal and external researchers.

If you plan to attend any of our events and would like to be added to our email list, please RSVP to Mr. Charles Kushner.