This year marks the 210th anniversary of Sense and Sensibility, published in 1811 anonymously. “By A Lady” appears on the title page where the author’s name should have been. With the publication of Pride and Prejudice (1813), Mansfield Park (1814) and Emma (1816), Jean Austen achieved success as a published writer.

Jane Austen spent most of her adult life in the Regency period, which extends from February 1811 to January 1820, the time where her novels are set. It is perhaps the most extraordinary decade in all of British history, a time of great social, political, and economic change. The wars with Napoleon’s French empire determined commerce and politics, and marked the dawn of the modern world.

Jane Austen belonged to this period where the ‘cult of sensibility’ developed rapidly. It was acceptable to be sensitive about nature and emotionally vulnerable to both nature and man. But she did not agree that this character of “intense emotional vulnerability” was worthy of practice. In Sense and Sensibility,  ‘Sense’, the use of the intellect to understand the world, and ‘Sensibility’, the emotional perspective of life, could either create friction or balance when used together.

Sense and Sensibility tells the story of the Dashwood sisters, Elinor (age 19) full of rational sense, and Marianne (age 16) as romantic, full of emotive sensibility. What makes this novel a masterpiece for understanding human nature is that its content is fully topical if we make a few small adjustments to current concepts.

Daniel Goleman researched the concept of Emotional Intelligence (EI), and defined it as “…the capacity for recognizing our own feelings and those of others, for motivating ourselves, and for managing emotions well in ourselves and our relationships”.

Austen seems to express to the reader that sensibility is essentially emotional and comes naturally to some, as Goleman proves in his research two centuries later. Sensibility brings those who have it closer to nature allowing them becoming more aware of their feelings. She uses the examples of Marianne and Elinor to clarify that sensibility is dangerous if not restrained by reason.

Perhaps “Sense” -Intelligence Quotient or IQ alone- would not explain all success in a career. Imagine a highly intelligent employee, brilliant from an academic point of view, but with no motivation and with lack of control. Both sense and sensibility are supplementary to one another: sense is necessary, but not enough: sensibility (EI) makes the difference. It is not about cancelling your emotions, but building new behaviours, thoughts and habits to use Emotional Intelligence to your advantage.

Austen’s characters very often misread one another: they argue about verbal and nonverbal communication, probability and certainty, tangible proof and the benefit of the doubt. But the novel’s characters are not the only ones who are victims of such misinterpretations: we may well make similar mistakes as readers. In real life, the limitations of our own perspective make it very difficult to read other people accurately enough to understand their motives, thought processes, emotions and behaviors.

So what can we do to improve this?

The crucial first step is awareness of our own limitation: the characters in Sense and Sensibility who are most adept at reading other people are also most aware of their interpretive failings.

Cultivating the three ‘E’s is essential. Education is required to develop critical thinking that helps in making choices and decisions. Environment -support and feedback from mentors, coaches and managers- helps us to overcome difficulties and learn from them, as Elinor’s gives motivation to Marianne and vice versa, and Experience –or Expertise-, as when Marianne gets to know eventually that both sense and sensibility should be balanced.

Exercising Empathy (Understanding Others) is also key, but easier said than done. How do we develop this capacity? A study published in the journal Science found that people performed better on tests measuring empathy, social perception, and emotional intelligence after reading literary fiction. This study found that reading literary fiction –as opposed to popular fiction or scholarly non-fiction-, increased empathy because is more ambiguous and leaves more room to the imagination. The best literature, classics by writers like Jane Austen or Charles Dickens, enables us to mentally come out of our own perspective and inhabit the lives and minds of others.

According to Neuroscience, from a praxis viewpoint, Compassion is the happiest mental state that has ever been recorded in history and it has three components: cognitive “I understand you”, affective “I feel you” and motivational “I want to help you”. So let’s read, let’s feel, and let’s perform on our emotional intelligence. 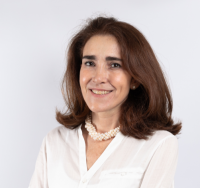 Carmen Morales has over 25 years’ international business management experience, including 20 years in C-Suite executive coaching, strategic advisory, group facilitation, and leadership development of international business strategies and training for senior executives with global management consulting firms. In addition to her business and consulting career, Carmen has over 14 years of concurrent academic experience as an Associate Professor at the IE in Leadership, Change Management, and Internal Communication. She is also an IE Business School alumnus, -has an Executive MBA-, and an Executive Coaching certificate from the International Coaching Federation (ICF). She is especially skilled at coaching leaders work through leadership transition issues, whether individually or systemically. As a seasoned coach, she truly cares about others, listens with an open mind, and adds value in unexpected ways, meeting the ethical and professional standards and establishing trust. Since 2014 she is a Mentor, and currently a Member of the Board for the IE Women Mentoring Program.

IE University Lifelong Learning: Discover all the findings from the study at https://t.co/Nc7jYhycjg. 📄 "Women on Boards Leads to Greater Sustainab… https://t.co/vQzEHK0MEh