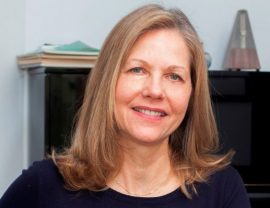 American architectural academic Martha Thorne talks to Shivangi Mishra about how architectural education must be multi-disciplinary to bring job diversity for professionals.

Women are still in minority and need to break the glass ceiling when it comes to architectural education and active roles in the field, says Martha Thorne, an American architectural academic, curator, editor, and author.

“As far as women in the field of architecture are concerned globally, we are still facing the glass ceiling. Several European countries still have a dismal male-female ratio of teachers in architectural schools,” said Thorne, who is also the Executive Director of the Pritzker Architecture Prize and Dean in the architecture school at IE University in Madrid.

Unfortunately, it’s the way the profession is and sometimes there are structures that perpetuate hiring a male architect. Also, there are values and skill sets that women have not had a chance to develop. More credence is given to the heroic figure rather than the collaborative figure and there are discriminations on the part of individuals, says Martha.

Despite the architectural growth, the education is facing several challenges. Thorne says it needs to be multi-disciplinary and there should be a collaboration between professionals and the teaching institutes to enhance project-based learning. Sometimes schools lag behind, as the technology moves faster. For instance, soon virtual reality will be a design tool rather than just being a presentation tool.

“Architects need to understand the big picture on how the economic world works and how political decisions are taken -to be more effective. They should not be seen by the society as artists, but as true decision makers. In the past, we have often tried to train architects to be either building engineers or artists and this attitude needs to change,” opines Martha.

The idea that an architect is an artist that creates beautiful things in only a small part of what they could do for the society. There are many roles in architecture that professionals can fulfil.

“Architects should be involved in challenges such as affordable housing, sustainability, and migration as they can contribute significantly. They can bring together many professions; for instance, they can work with material scientists to invent new materials. Technology companies are making great proposals in building smart cities, and architects can help in developing the physical environment,” Thorne says.

Ignorance is not an excuse for gender inequality in architecture

During an interview with designMENA, Thorne revealed that she uses her position as dean as a means of supporting women in architecture, both as a role model as well as in actively engaging women architects within the education programme.

Thorne explained that only two out of 33 directors of architecture schools in Spain are women, including herself, so being in that position allows her to make active decisions in involving more or equal numbers of women as professors, students, guest lecturers, and round table participants.

She continued: “There are some ways of having discrimination such as a round table discussion or inviting guests for critics, and all of a sudden there are four men and one woman – at my school that doesn’t happen and if it does, then it is a big mistake because we believe that there are extremely talented women who would be wonderful for a round table discussion on any subject.

“And nowadays you cannot say, ‘Oh, I didn’t know’, or ‘I don’t know anyone’. So that is probably another thing that I do. I try to know who is doing what and who is working in the field; what are their areas of specialisation and from that network, when we need a guest speaker on smart cities or energy saving and building facades or the social aspect of architecture in politics, then you always have the option on calling a woman architect. No longer can you say ‘Oh I didn’t know’.  Ignorance is not an excuse,” she said.

Thorne also spoke to designMENA about the Pritzker Architecture Prize, which this year was awarded to Indian architect Balkrishna Doshi. Discussing the list of laureate’s, Thorne admitted that “the Pritzker Prize ‘can do better’ at involving architects from the Middle East”.

The Power of Design, by Anne StenrosI FEMME, auction for charity